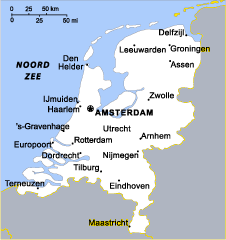 This event will look into the benefits of standardisation in security research and reflecting on ways to facilitate the involvement of law enforcement practitioners in standardisation activities and in Research & Innovation.

Building on some of the work conducted by the ILEAnet, concerned with defining the security-related areas of most common interest for future standardisation and elaborating recommendations for the uptake of solutions by law enforcement practitioners, the fourth ILEAnet Public Workshop will focus on:

In line with the ILEAnet approach as evidenced in previous events, the fourth ILEAnet Public Workshop aims to convene an expert audience, prompt their thinking and promote ways to support the uptake of research outputs by police forces. Experts from DG HOME, CEN/CENELEC Technical Committees and the CEN/CENELEC Security Sector Forum will help set the scene for standardisation in security and EU research projects with a standardisation component will share their experience.

The event will encompass:

At the end of this three-day event, participants are expected to have: