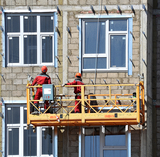 The Portuguese Minister for Infrastructure and Housing, Pedro Nuno Santos, is in favour of more intervention from the Member States and the European Union itself in bolstering the availability of affordable public housing, which is essential for dealing with the housing crisis the majority of European countries are faced with.

At the presentation of the most recent report on The State of Housing in Europe 2021, from the Housing Europe network, Pedro Nuno Santos described the proposals on increased public and social investment in affordable housing as very positive. These include a reduction in the national share of EU funds earmarked for the sector, as well as a review of the principle of state aid under the scope of public housing and a generalisation of supports for improving the energy efficiency of residential buildings.

According to the Minister for Infrastructure and Housing, the COVID-19 pandemic has revealed the weaknesses and vulnerabilities of housing systems, showing that “not all of them benefit from conditions to ensure safety and well-being”.

Emphasising that these inequalities worsened after the financial crisis in 2008, Pedro Nuno Santos added that “all over Europe, states have been investing less and less in public and social promotion of affordable housing”.

The Minister believes that achieving this goal implies the adoption by the Member States, but also by the European Union, of policies that favour public investment or “partnerships with social economy organisations and, in particular, cooperatives” in order to promote affordable housing.

In recent decades, it was believed that “the market would solve family housing needs”, Pedro Nuno Santos observed, but the situation we have reached is one where “the market itself generates inequalities” and therefore is not in compliance with the “fundamental right of all to decent housing”. This is why it is important to put the proposals in the Housing Europe report, which are in line with the goals of the European Pillar of Social Rights, into practice.