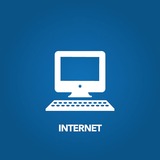 Political systems in Europe are in turmoil. Long-established parties see their electoral support decline. At the same time, new parties, often labelled as ‘populist’, have come to the fore. Do these parties bring new vitality to the democratic system or do they threaten to undermine it? In this event we discuss the different experiences across Europe.

Professor of Political Science at the Vrije Universiteit Amsterdam

Professor by special appointment at the Department of Political Science (UvA)

Dutch politician and former Member of the European Parliament

Postdoc researcher at the University of Groningen

Associate professor in political sociology at the Department of Sociology and Business Law, University of Bologna, Italy

This evening is organised by the Vrije Universiteit Amsterdam in the context of the RECONNECT-project. RECONNECT is a four-year multidisciplinary research project on ‘Reconciling Europe with its Citizens through Democracy and the Rule of Law’, aimed at understanding and providing solutions to the recent challenges to politics in the European Union (EU). With a focus on strengthening the legitimacy of EU politics through the core values of democracy and the rule of law, RECONNECT seeks to build a new narrative for Europe, enabling the EU to become more attuned to the expectations of its citizens. RECONNECT brings together 18 academic partner institutions from 14 countries.

This project has received funding from the European Union’s Horizon 2020 research and innovation programme under Grant Agreement no 770142.

RECONNECT Blog on ‘Three Cautionary Notes on the Identification of Democratic Backsliding (and Democratic Renewal) by Ben Crum, Alvaro Oleart and Patrick Overeem. >>

Webinar: Populism as a Constitutional Project

RECONNECT Webinar 1 by Paul Blokker on 'Populism as a Constitutional Project’. >>