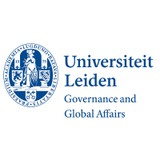 Would you like to join the lecture? Register now.

The European Union’s Global Strategy (EUGS) states that foreign policy ‘begins at home’. This paper compares the EUGS with another landmark document, launched less than one month earlier, the Urban Agenda for the EU. Despite lacking obvious similarities, the core principles of the EUGS - security, resilience and sustainability - cannot be realistically achieved without the assistance of municipal authorities. Resilience is widely accepted to imply the dispersal of responsibility in times of crises to sub-national units, including cities. Sustainability too has long been associated with policy changes in urban areas to mitigate climate change and promote greater environmental awareness and protection. Drawing finally on critical urban geopolitics, the paper surveys the recent literature on the securitisation of urban spaces as a response to global terrorism. These three issues constitute a nascent ‘nexus’ linking the global (strategy) to the local, and that the EUGS actually begins in cities. The paper ends with a qualitative survey of 14 key documents of the two policy communities within the EU published between 2014 and 2017. Results show that there is an increased awareness by the Mayors of EU Capital Cities of the potential linkages of the Global Strategy interests and those of cities.

Robert Kissack has been at IBEI since 2008. His research profile is at the intersection of the foreign policy of the European Union (EU) and international organisation. More specifically, it has centered on the EU as an actor in the multilateral system and his book Pursuing Effective Multilateralism… (Palgrave 2010) was one of the first in this field. He specialises in examining the capacity of the EU to operate in many different multilateral organisations, including the ILO, FAO, UN General Assembly and Security Council, the WTO and the IMF. He has worked in two research projects in this area, EU-Perform (funded by the European Science Foundation) and EUN-NET, a brand new Jean Monnet Network (2017-2019). He also works closely with colleagues at IBEI, including Esther Barbé, Oriol Costa and Elisabeth Johansson-Nogués in many projects on European foreign policy.He is also the Head of Studies and Coordinator of the IR programme at IBEI.